A downloadable game for Windows and Linux

Another day of working as a diver starts for you. Sure the guy you get your jobs from is a little shady but it pays well. Better get to work.

Näkkilahti is a first person adventure game made for HPS1 Summer of Shivers jam.

hi, big thx for the cool game. greetings from rosti 😍

I really liked it!

Really loved how you could just throw your phone at the end. Small thing, but really nice touch! I also thought it looked haunting, but really cool, when all those trucks appeared underwater.

Hey! I did a big roundup on a bunch of games in the jam (including yours) with some thoughts on each. Figured I'd share it here for anyone interested!

Solid entry to the jam

A very interesting game that is both easy and fun to play. The soundtrack and voice work are very well done! Great use of the submechanophobia theme.

I played this about yesterday and I even knew how to go out of bounds by crawling under one of the trees that it looks like that you could crawl under like if it was a solid that can not be moved. But basically I had got onto the area where the cars are moving and when I got hit by one, I was fine like if it was nothing. But one thing that surprised me was that the whole area where you  have the trucks and cars lying around and there was supposed to be water but somehow there aren't and there is the huge boat where you have to go inside, was under the surface that you start to get to the ocean and get the skull that is in the truck. Yeah, and I got in this (huge boat/titanic) while in the normal world and the place wasn't completely filled with water and I could wander around and not die of being out of air.

So you know the whole game, right? Well, when you go back to the normal world from the titanic where you put the skull onto the human corpse there is still the skull in the truck. And when you pick it up, the game seems to crash.

I wasn't ready for the spaghetti :(

Reply
ezez game10 days ago
😊👍
Reply
GeninMyles10 days ago(+1)
This one was very interesting! I was anxious the whole time. I would love to know what Näkkilahti means, as I'm sure that there is some cool lore behind all of this! I left the link to this game in a Discord server for creators that I am in!
Reply
SubstandardShrimp9 days ago(+1)

I'm just going to copy paste my reply to someone else on the name:

The name is combination of Näkki, which is a water spirit from finnish mythology, and lahti which just means a bay. So its just a made up place name

Oh, I see! Thank you so much! I've learned something new today lol. And you're welcome!

check out my vid if you feel like it :)

I love the kind of horror games that are somewhat absurd and surreal but still engaging. Had a lot of fun with this and like the concept even though I am not sure I completely got it.
Also: what does Näkkilahti mean? I tried to look it up but it seems to be a made-up Finnish word?

The name is combination of Näkki, which is a water spirit from finnish mythology, and lahti which just means a bay. So its just a made up place name

Oh, I even knew the Näkki (or rather the Norwegian version), very cool, thanks for the info!

Cool game. Swimming was weird until I got a feel for it. Overall fun! Not sure if I pronounced the title correctly.

Reply
TsukuruHouse11 days ago
It's great.
Reply
SHXXTZZ12 days ago

this is a pretty good game, the spaghetti part killed me lol

There's a healthy amount of absurdity in this game. The buildup is good, but what the buildup leads to is even better. Cathartic ending.

You did a really good job with the atmosphere of this game. It was tense and I kept my eyes on my air amount. I was wondering if I was going to get eaten by something or drown first. Can't wait to see what you make in the future.

Reply
WoodyRun14 days ago(+1)
Fun short experience! I can't really complain. I also really enjoy the spaghetti ghost lol. Really reminds me of the old "butt ghost" from scp containment breach. Check out my playthrough if you get a chance! Thanks for making the game!
Reply
Rooie15 days ago(+1)

Näkkilahti is an amazing game. I really enjoyed the atmosphere and all. Short and simple, But still nerve racking. I did a video on it and I hope to play more games by you in the future. Longer storyline would be nice!

Although I have absolutely no idea how to pronounce the title, this was a pretty fun and surreal game. The truck section was trippy, and the story was pretty concise for a short game.

Hello, I played this game and I really enjoyed it, the concept was really cool as well, good work :)

This game is awesome, I was preparing myself for a jumpscare but it gave off a creepy vibe instead, which I love more. Good work.

Utmerket! This is fantastic, the setting gives it such an original twist. I've posted a review on the jam submission page, and made a playthrough video: 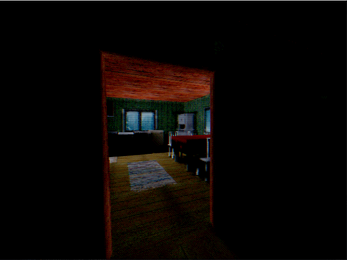 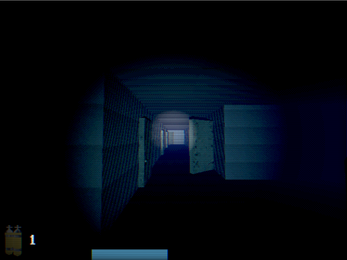 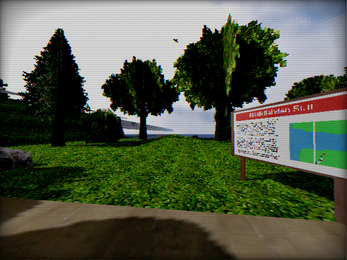 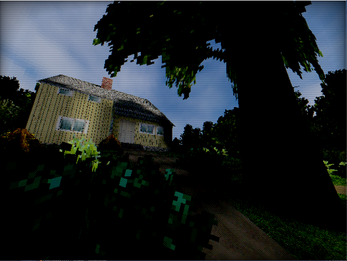